Welcome to the first edition of Otaku Oldies, a regular feature (God willing) where I’ll pull a photo from the sprawling 9-year-old Otaku Ohana photo archives and talk a bit about it. Sometimes it’ll be tied in with an upcoming event; sometimes it’ll just be something that I pick on a whim. This time around, it’s definitely an example of the former…

Comic Con Honolulu last year had its share of headline-making moments — George Takei getting a day dedicated to him, John Barrowman’s encounter with a wild Magikarp baby, guest-related stuff like that.

But last year’s event also marked the debut public concert by Hitbox Music Ensemble, a group of local musicians that performs pieces from popular video game, sci-fi and fantasy franchises. Music from their debut concert included “Rey’s Theme” from Star Wars: The Force Awakens, medleys from Pokemon and Final Fantasy and “Sacred Grove” from The Legend of Zelda: Twilight Princess.

That last piece seems appropriate for our discussion, with the ensemble’s next performance set for a little over 24 hours from now: They’ll be performing in the lobby of the Blaisdell Concert Hall at 7 p.m. Friday before The Legend of Zelda: Symphony of the Goddesses, featuring the Hawaii Symphony Orchestra and Oahu Choral Society and game footage playing on a giant screen overhead, at 8 p.m.

Here’s a taste, with the ensemble performing “Gerudo Valley” from The Legend of Zelda: Ocarina of Time.

There are still tickets available via Ticketmaster; a quick glance as of 5:24 p.m. Thursday showed there are only four seats left at the cheapest rate of $35 (toward the rear balcony), with more available, mostly toward the left and right sides of the concert hall, from $49 to $90, depending on how close you want to sit. Twenty-one $100 VIP packages, which include a poster, a lanyard, a meet-and-greet with producers after the show, and seats closest to the stage, also remain. Use the discount code “HEYLISTEN,” and you can knock 15 percent off those prices; there’s an even deeper discount available for military members with IDs.

For more information, including a list of what you can expect to hear at the concert proper, visit zelda-symphony.com. And if you can’t make it to Friday’s concert (like me, *sob*), Hitbox Music Ensemble already has performances confirmed at Kawaii Kon (April 7-9) and Comic Con Honolulu (July 28-30) later this year. Keep watching your con schedules for exact dates and times. 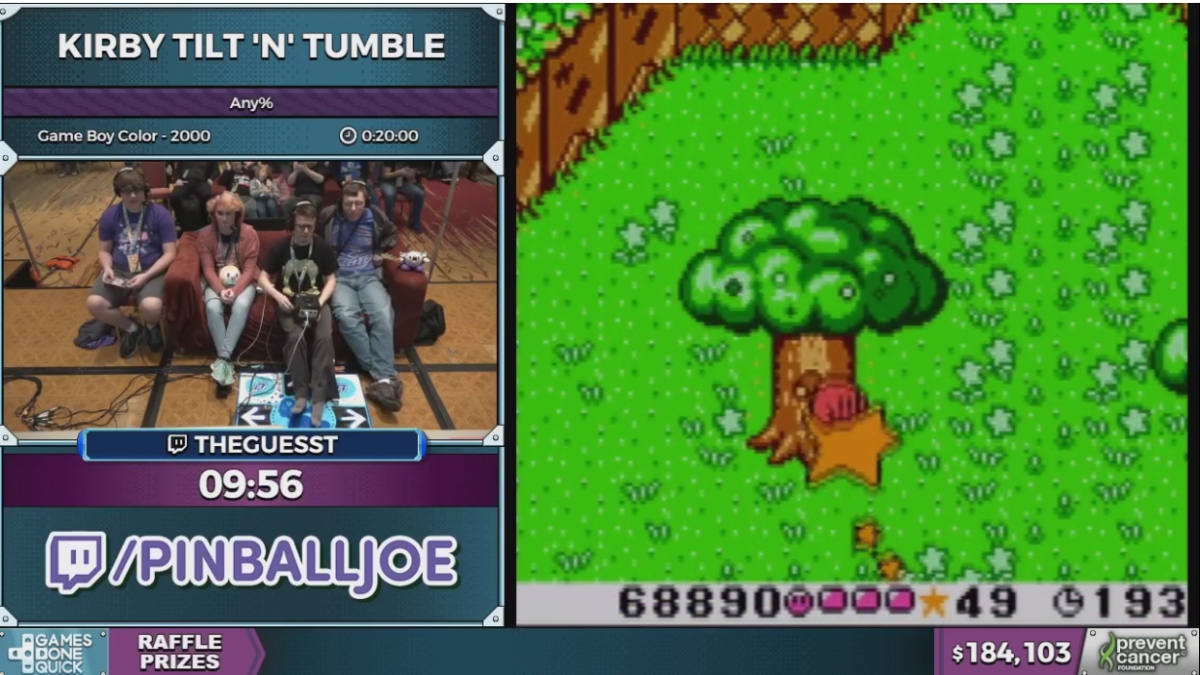 Awesome Games Done Quick, the winter edition of the biannual marathon where elite gamers run through and beat more games in a week than I ever will in the next 20 years or so, is back, streaming live through Saturday night.

As those of you who’ve watched any portion of a Games Done Quick marathon know, one of the underlying principles of the event is, “Gotta go fast!”

So in the spirit of that principle, I will now be speedrunning the rest of this post. And … go!

A past favorite (funny edition)!

A past favorite (all the feels edition)!

Ahh, 2016. The year that held so much promise until it actually happened. And now a bunch of our favorite entertainers are dead, a giant wall’s been built between red and blue voters, rail transit’s cost has risen to an estimated hundred bazillion dollars, and Pokemon Go went from the promise of this:

… to the reality of this:

So yeah, it’s pretty easy to think of last year as one that we should’ve abandoned around, say, February. It particularly rings true for me, considering:

A strange thing happened on the way to me labeling 2016 as “that speed bump we hit between 2015 and 2017,” though: I looked through a bunch of the pictures that I did find and found plenty of bright spots. You can’t hate on a year where this wild Magikarp suddenly spawned at the Comic Con Honolulu Pokestop, for starters. 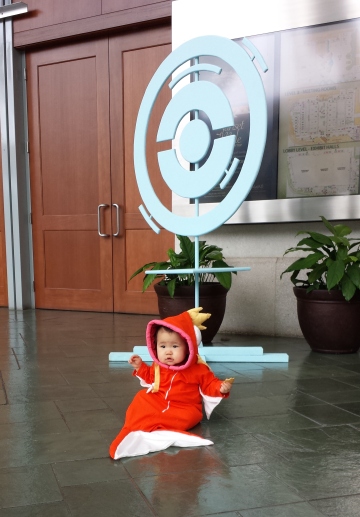 You might know this sweetie as the Magikarp Who Made the Internet’s Collective Heart Melt, thanks to a post by a certain actor who played Capt. Jack Harkness and Comic Con Honolulu guest that same weekend in July:

We saw our share of celebrity guests — Barrowman, George Takei, Stans Lee and Sakai, Robert Kirkman, Johnny Yong Bosch, Steve Blum, Jonathan Frakes and Walter Koenig were among the stars who showed up at various events over the year. Two photos really caught my attention in that department. The first was taken in mid-January, when Stan Sakai and his wife, Julie, came down to visit and have lunch with a bunch of local cartoonists. Here’s Stan drawing in the famed FuzZz

Cat-a-log, a sketchbook filled with cat sketches by people both famous and anonymous over the years.

And then there was Nichelle Nichols. The actress who played Uhura in the original Star Trek wasn’t listed for any events other than signings and photo ops at HawaiiCon in September. So when she showed up during the Star Trek 50th anniversary all-star panel, the atmosphere was electric, and she drew a standing ovation from the assembled audience. Here she is sitting next to Chase Masterson during the panel.

There were so many moments like that last year. Moments where we were able to find our happy place, to escape from the increased drudgery and despair of the world today. I think we need more of those, and looking back on — and sharing! — some of those fond memories of years past will be an increased priority for us here at Otaku Ohana this year. Because we should be able to enjoy SOME aspect of our lives, right?

Happy new year, everyone. Here’s hoping this year turns out to be the best year ever. And if it isn’t … well, I’ll be happy to settle for another year of life, good health and being around loved ones.