We’re two weeks away from local con sempai Kawaii Kon kicking off at the Hawai’i Convention Center for its 15th year of ani-mayhem and manga madness. Many of you may be running around like headless chickens as I’m typing this, trying to finish up those last pieces of artwork, hemming those last seams for your weekend cosplay, and wondering when the powers that be will release a schedule so that you know when you can tell your friends, “Sorry, can’t go to lunch now, Aya Hirano’s speaking in Room 315.”

Well, I can help with that last part, at least. Because the Kawaii Kon 2019 smartphone app has quietly gone live on an app store near you, in both iOS and Android flavors. Here, have a spiffy-looking opening splash screen.

The app’s debut also marks the debut of this year’s schedule. It’s not the complete schedule — more events will be added in coming days — but there’s certainly more than enough to get started on your custom agenda (which you can also build within the app). Want to learn more about a panel? Click on it to pull up a screen with more information.

(Shout-out to Hitbox Music Ensemble, by the way.)

It should also be noted that the app seems like it’s a work in progress. Profiles of this year’s guests have been posted, as well as lists of artists in Artist Alley and vendors in the Dealers Room, but as of now, there’s no easy way to cross-reference where everyone’s going to be at a given point in time. If you’ve downloaded previous years’ versions of the app, you may have to re-register an account; I didn’t have a prior version on my phone to test this out, but it seems like this year’s app is a fresh download built on new infrastructure, rather than an updated version of last year’s app.

There’s still plenty to play with, though, and there’s plenty of time for new features to be added. Now, if you’ll excuse me, I have to go cancel any lunch plans I had for con Sunday. Because, you know, Aya Hirano. *squee!* 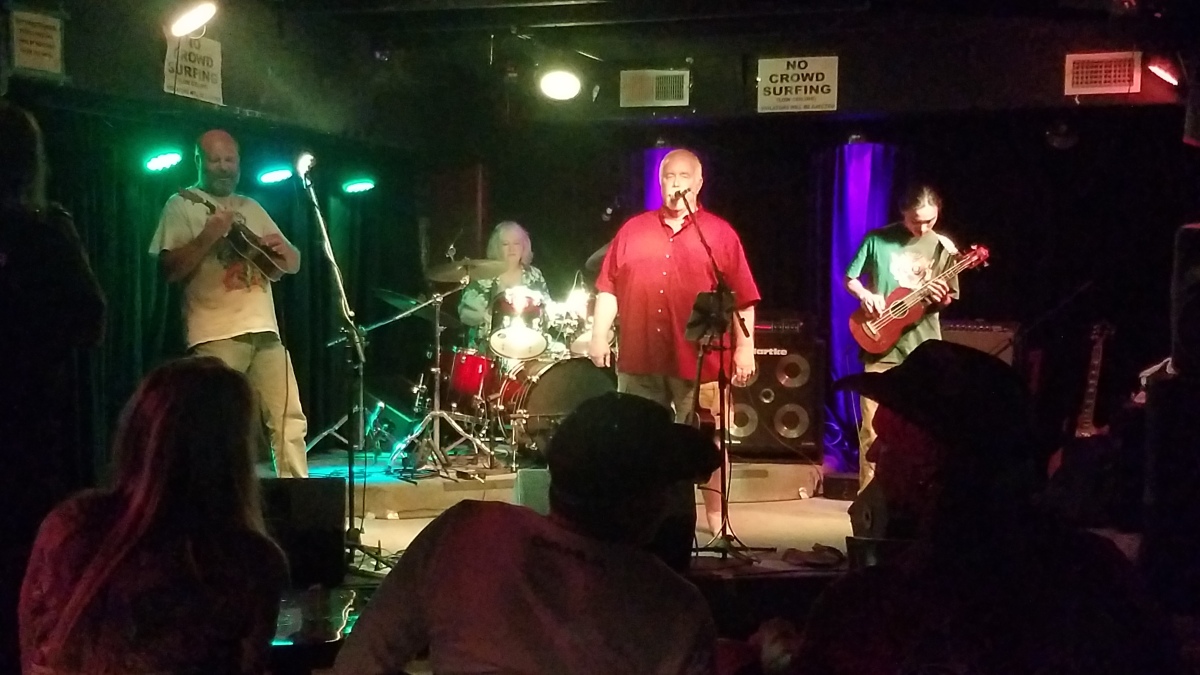 We’re sorry to report the passing today of author, musician, journalist, historian, artist, and all-around great guy Burl Burlingame. That’s him in the red shirt above, in a photo I took from the last time I saw him: performing as lead singer of Motley Uke, a local ukulele rock band, at Anna O’Brien’s last August.

Burl’s death is worth noting in this space because of how much he meant to the local comic scene. As tag-team partner in fandom Wilma J. reminded me while we were chatting online this morning, “If not for him, we wouldn’t have been able to grace the pages of a major metro paper with our anime/manga/game obsessions.”

Indeed, he was a key figure responsible for two developments that resonate to this day. The first was the creation of “Drawn & Quartered,” the column in the Sunday edition of the Honolulu Star-Bulletin where Wilma and I wrote much of our early material for the paper. As Burl wrote in the inaugural column:

There are two wholly American art forms: jazz music and the “comic” or graphic-based literature. Both are about a century old. There’s not much we can do about jazz around here, but we can take the comics medium seriously. It was born in the newspaper medium, after all, and the Star-Bulletin has always taken the lead in presenting groundbreaking strips, with “Mutt and Jeff” even before the Star married the Bulletin in 1912.

Which, in a single bound, brings us to this column. “Drawn and Quartered” will run every Sunday and deal with the graphics medium and its assorted spinoffs, byproducts and fallout, such as anime, video games, animation, comic books, collectibles, manga, cartooning, comics-influenced movies and television, and whatever else appeals to our glazed eyes.

“Drawn & Quartered” was one of the factors that led to the birth of my weekly anime/manga column, “Cel Shaded,” in 2005, which in turn led to the origins of the blog you’re reading right now. I’m also convinced that it was on the basis of what we wrote for “Drawn & Quartered” that an editor at Rough Guides saw fit to pitch to us an idea that eventually became my book, The Rough Guide to Manga.

The second development: locally sourced comic strips published in the Sunday paper. That started in the Star-Bulletin in mid-May 2001 with a comic drawn by a man Burl called “Hawaii’s jedi master of cartooning,” Dave Thorne, and continues to this day, with Jon Murakami’s “Calabash” and Audra Furuichi’s “nemu*nemu: Blue Hawaii” alternating spots in the Sunday Star-Advertiser.

Our sympathies and hugs go out to his wife, Mary, and their daughters, Amelia and Katie. 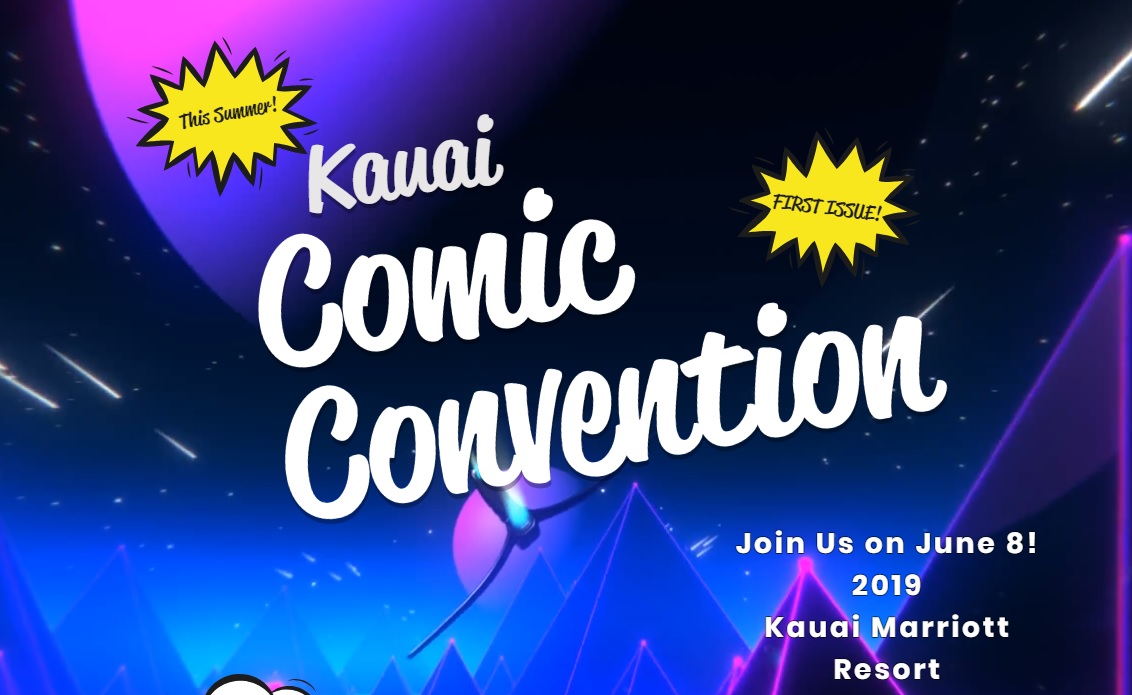 On Sunday afternoon, Blood of the Samurai director Aaron Yamasato formally unveiled his latest project: the Kauai Comic Convention, a single-day event to be held June 8 from 11 a.m. to 8 p.m. at the Kauai Marriott Resort in Lihue.

The first batch of announced guests include:

This is the sixth major pop culture convention planned for the state this year; the third to be held on a neighbor island; and, of course, the first one for Kauai in this modern con era.

Details are still sketchy, but keep checking the official con site, https://www.kauaicomicconvention.com, for more information as things develop. Potential exhibitors can apply for space there, too. I’m definitely looking forward to hearing about more.