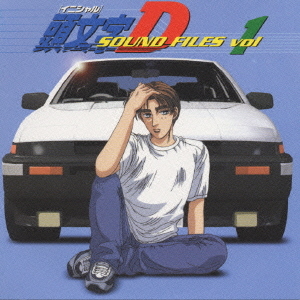 As a fan of anime, manga and related merchandise, I’ve imported my fair share of Japanese goods from various retailers including Amazon Japan and CD Japan. And I’ve had to deal with the hassles of such (I’m looking at you, sky-high shipping fees for one CD single).

But at least they were readily available (relatively) from reputable sellers. Now, it seems that’s about to change for quite a few series. I received this email from CD Japan just a few hours ago:

Unfortunately, Avex Pictures, the publisher of popular anime titles such as “Yuri!!! on Ice” and “Osomatsu-san” and others is restricting exports of Blu-ray, DVD, and CD titles.

This restriction has been applied to all online shops within Japan, including CDJapan.

In accordance to the restriction, majority of titles published by Avex Pictures will become unavailable for shipment outside of Japan as of the following time.

After the above indicated time, it will no longer be available for any order to be shipped outside of Japan.

To clarify which items will be restricted, the following indication will be displayed right on the product page.

ATTENTION!!! This product will no longer be available for any order to be shipped outside of Japan starting at 6:00PM (Japan Time UTC+9) on February 15, 2017

However, all existing orders as well as all orders placed BEFORE the above indicated time will be shipped normally.

The issue’s being discussed in a thread over at Fandom Post. According to that thread, Amazon Japan seems to have already blocked future orders, but CDJ is being more lenient as evidenced by their email. It certainly seems like a strange move on Avex’s part — or on ANY company’s part, I think — to ban exports, but maybe there’s some hope if the restriction means the company might be trying to move into North America or other places. Even if that were the case, I think it’s well known that releases in different countries often include different things, whether they be extra features in DVDs/BDs, extra songs, special artwork, etc., and getting those extras is really the whole reason we collectors import stuff in the first place.

So if you’re a fan of anything related to Avex — which is a large corporation and does have a hand in a lot of series and artists — and you regularly import Japanese discs, you might want to get an order in at CDJ before the time listed above. Japan is 19 hours ahead of Hawaii time, so 6 p.m. Feb. 15 in Tokyo will be 11 p.m. Feb. 14 here (that’s today!), if my time conversion math is correct.

My main purchases related to Avex are their Super Eurobeat CD series, which I’m not certain is part of the ban, and “Initial D.” Oh, and Ayumi Hamasaki, but it’s been a long time since I’ve gotten any of her albums. I also sometimes get the odd CD single for opening/ending themes to anime that I may not be a diehard fan of but whose songs I happen to hear and like. The prospect of no longer being able to easily get any more of these from a retailer I’ve come to trust and regard highly over the years is disappointing. Of course, as others have pointed out, the secondhand market is still an option, but that requires jumping through a lot more hoops and you won’t be guaranteed to get things like limited editions and first pressings in sealed condition, if at all. But at least so far, the restriction is only on discs and not books or collectible merchandise, so if you’re not a big music buyer (which I happen to be, sigh), you might not have to worry an awful lot — yet.