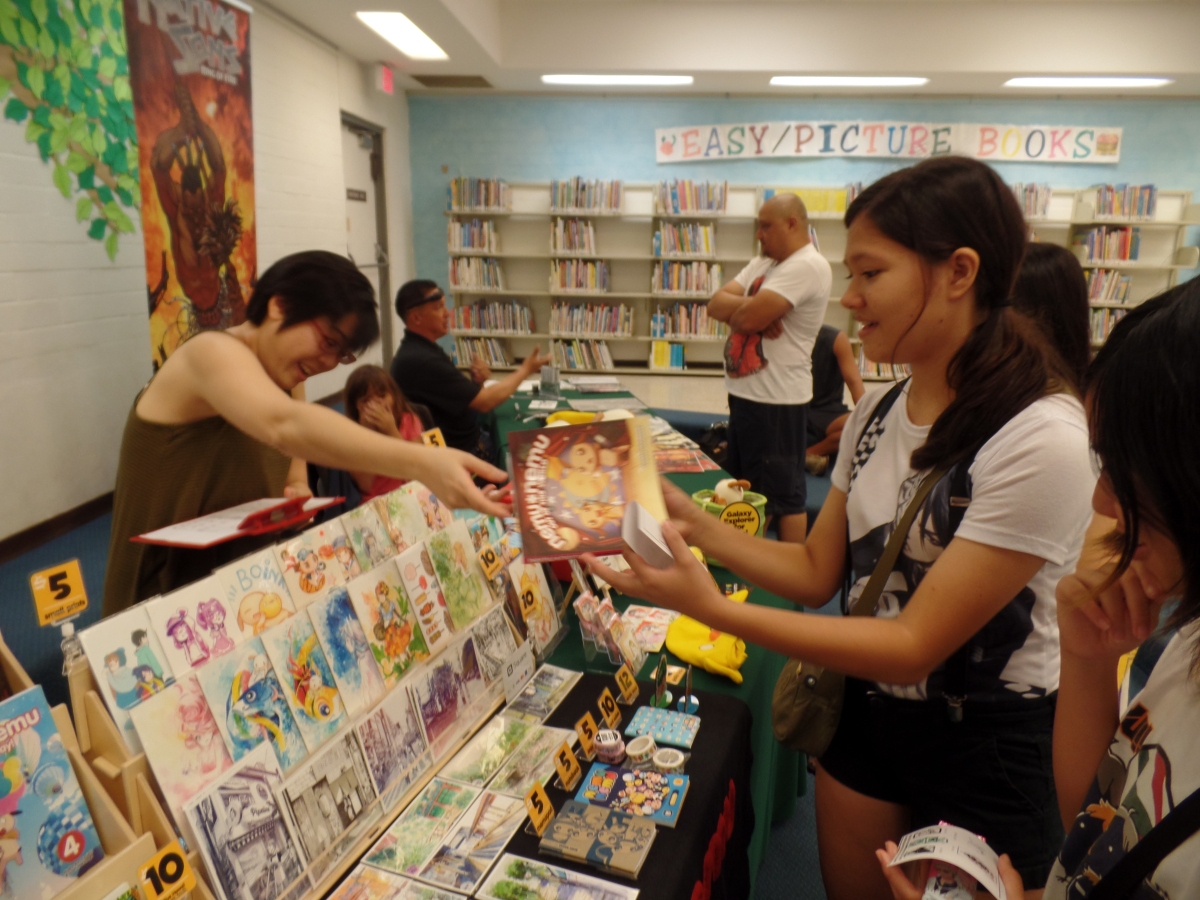 Kawaii Kon released the first edition of its schedule for this year’s show on Friday, along with a spiffy new app (in both iOS and Android flavors!). Whenever big, juicy chunks of information like this drop in front of me, my friendly neighborhood anime/manga/Con-athon blogger instincts immediately kick in and I try to soak up every last newsworthy tidbit contained within. 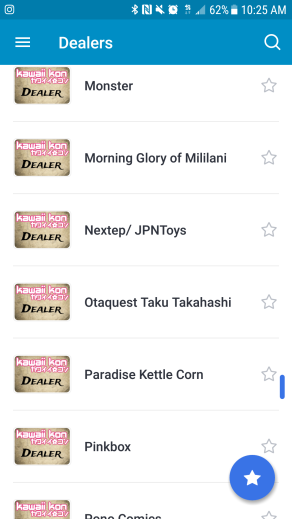 After 10 straight years, there’s no sign of a nemu*nemu booth in the dealers room.

For artist Audra Furuichi, to not be a part of Kawaii Kon 2017 meant either that there was a mistake somewhere in the grand scheme of scheduling things, or she was shifting her resources elsewhere. 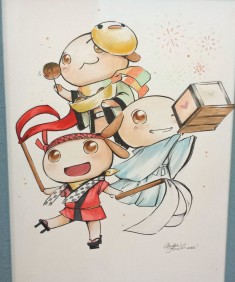 Sadly for fans of Audra’s work, the latter is true. Unbeknownst to many of us at the time, the nemu*nemu appearances at the Hawaii Collectors Expo last month and the Mid-Pacific Institute Hoolaulea on Friday were the last we’ll be seeing for the immediate future. In addition to Kawaii Kon, that rules out appearances at other Oahu Con-athon events  — Comic Con Honolulu, Amazing Hawaii Comic Con and Anime Ohana — as well.

“No hard feelings to any of the shows — it’s just progressively gotten physically harder to do shows,” Audra told me via Facebook chat on Sunday. “Kinda lacking the endurance I used to have. I also don’t have new merchandise at the moment, so it was a good time to bow out.”

She also cited an evolving audience as a factor. The nemu*nemu online comic has been on hiatus since last July as she’s worked on other projects, and not as many people know about the plush pup duo as they did in the comic’s early years.

“Thought about doing the (Artist Alley), but the long hours and EXTREME COMPETITION OMGWTFBBQ … are big deterrents for me,” she said.

This doesn’t mean the end of all things nemu*nemu, though. Audra’s exploring swinging by Kawaii Kon for a day to drop off something for the art show. The nemu*nemu: Blue Hawaii comic strip is still chugging along in the Star-Advertiser. And she’s been posting some pretty non nemu*nemu artwork at audrafuruichi.com. 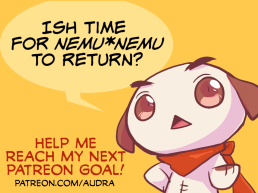 And then there’s Audra’s Patreon account, where she’s been sharing sneak peeks at Blue Hawaii strips, digital desktops and other artistic works since January 2015. It’s a way for fans to show their continuing support for her work; it can be difficult to focus on creating art and tending to the business side of things, after all. As of this writing, 61 patrons are contributing $522 a month. (Full journalistic disclosure: I’m one of Audra’s $25/month contributors.)

There’s now an added incentive for people to jump on board: If contributions reach $550 a month, she’ll start regularly drawing a one-shot nemu*nemu comic again, once a month. It’s a perfect incentive for the comic’s 11th anniversary coming up April 1, and all it’ll take is one person contributing $28 a month, or 28 people contributing $1 a month, or some happy medium in between.