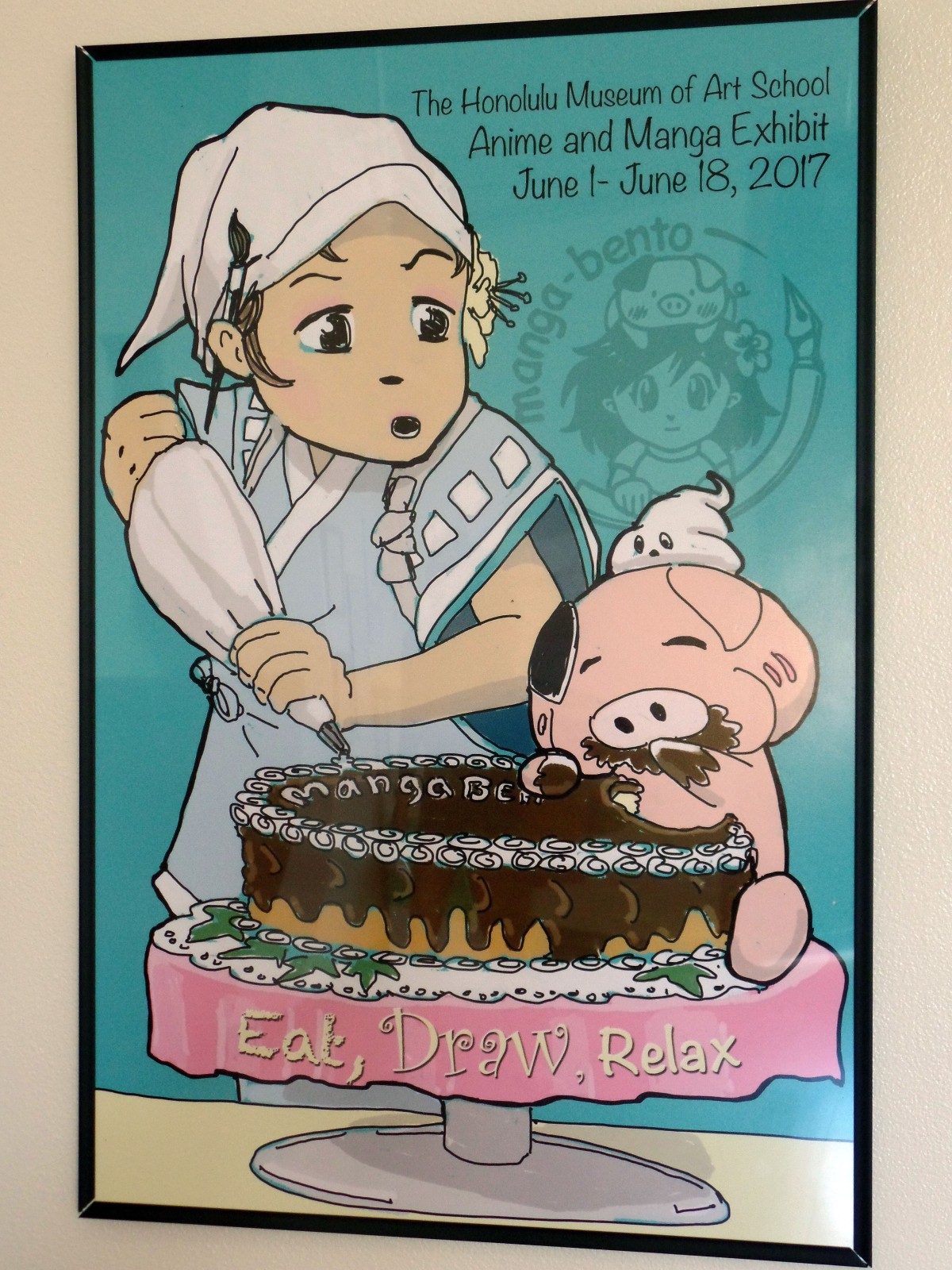 There’s a giant Julie Feied painting hanging in the stairwell between the first and second floors of the Honolulu Museum of Art School. 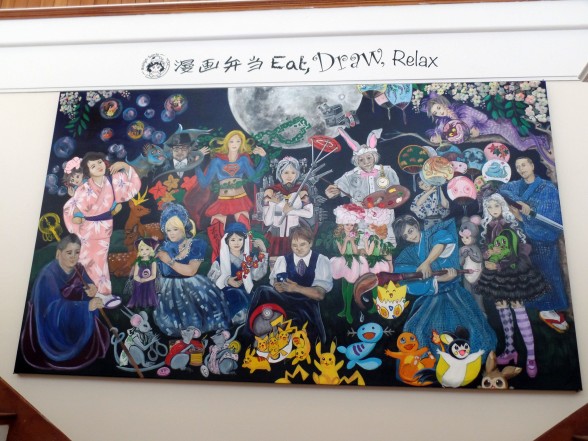 Having such a piece staring you in the face can only mean one thing: It’s time for what’s become an otaku staple around these parts, the annual MangaBento exhibit on the art school’s second floor. Julie’s painting is the first thing that greets you when you go up the stairs to see the exhibit, and every year I marvel at how much detail she manages to cram into her work. This year’s piece is even more impressive, considering how I can recognize many of the MangaBento regulars rendered as caricatures.

The theme for this, the ninth annual show by this group of anything-goes anime- and manga-inspired artists, is “Eat, Draw, Relax.” The gallery aesthetic, with its sky-blue cloths, cloud cutouts and a hanging lawn chair, reflects this theme. 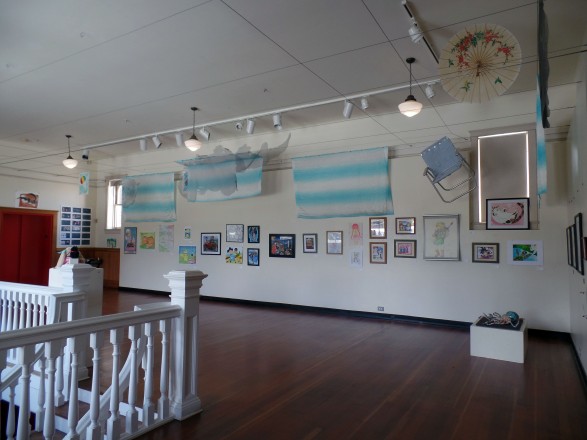 Thing is, though … there are also cats. 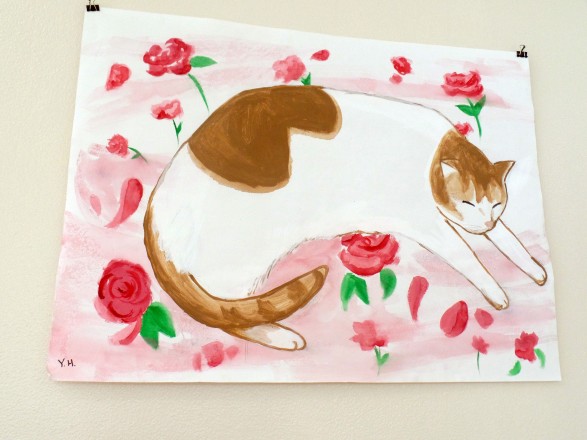 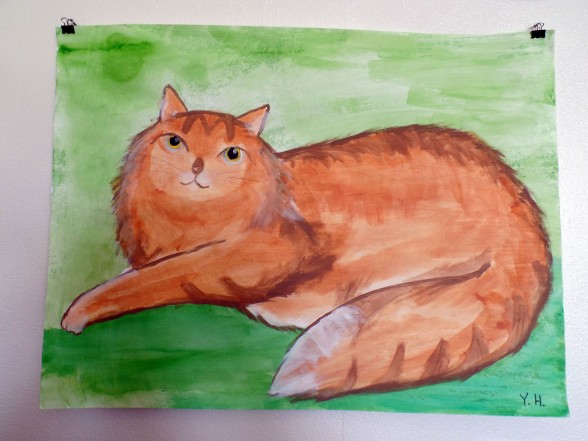 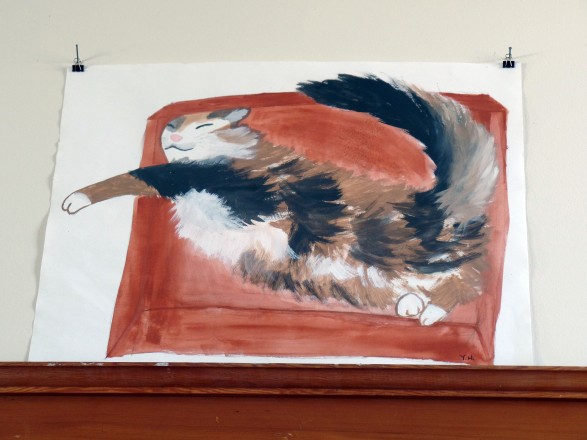 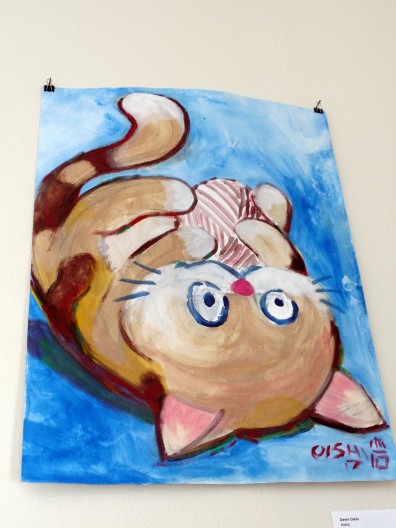 Which is totally fine! We here at Otaku Ohana embrace almost everything feline, canine, avian, marine and, umm, bunny. *pyon*

But we’re also all about the anime inspirations. And there’s plenty of that in the exhibit. Take Tina Huynh’s polymer clay piece “Dango Park,” which reminds me of a bunch of Kirbies from Nintendo’s Kirby franchise. Which makes me think of the Facebook page, “The same picture of Kirby every day to help you feel better.” And I feel better. 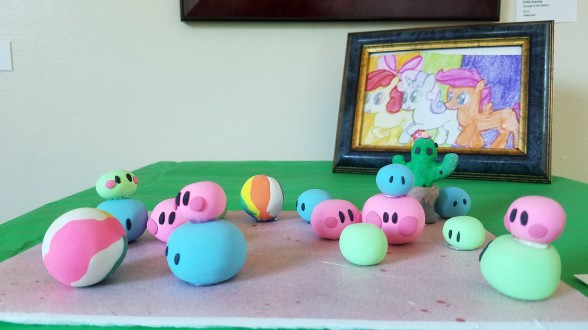 There’s also Kalani Holland’s “Brynhildr in the Darkness New Year’s,” one of several holiday-themed ink-and-Copic pieces he has in the exhibit … 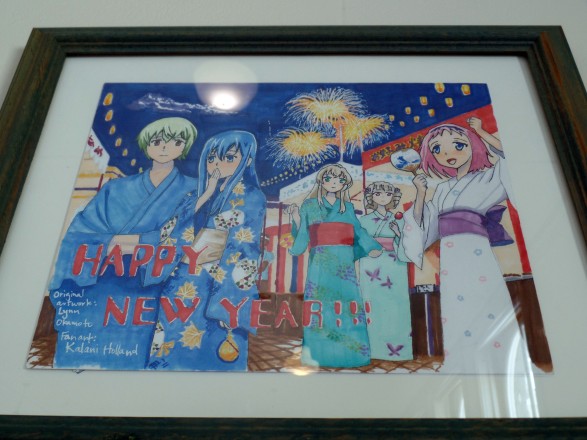 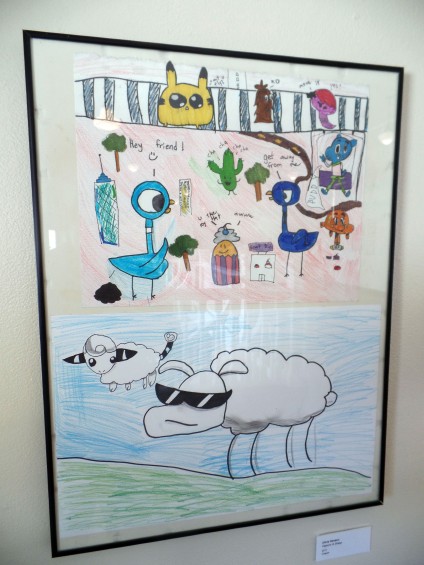 … and Yoko Kanemoto’s “Cat” (there’s that reference to cats again!). 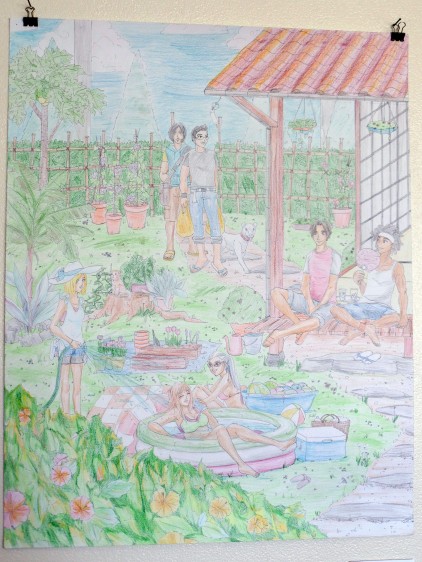 If you want to check out the exhibit for yourself, your best opportunity this weekend will be at a reception from 2 to 4 p.m. Sunday in the exhibit space. Normally I’d refer to this as an “opening reception,” except the exhibit’s been up since the beginning of the month and is coming down a week after the reception on the 18th, so things are moving pretty quickly going forward. If you can’t make it on Sunday, the gallery’s accessible from 10 a.m. to 4 p.m. next week (except perhaps Monday, since that’s a holiday).

The Honolulu Museum of Art is at 1111 Victoria St.; for more information, visit facebook.com/mangabento.