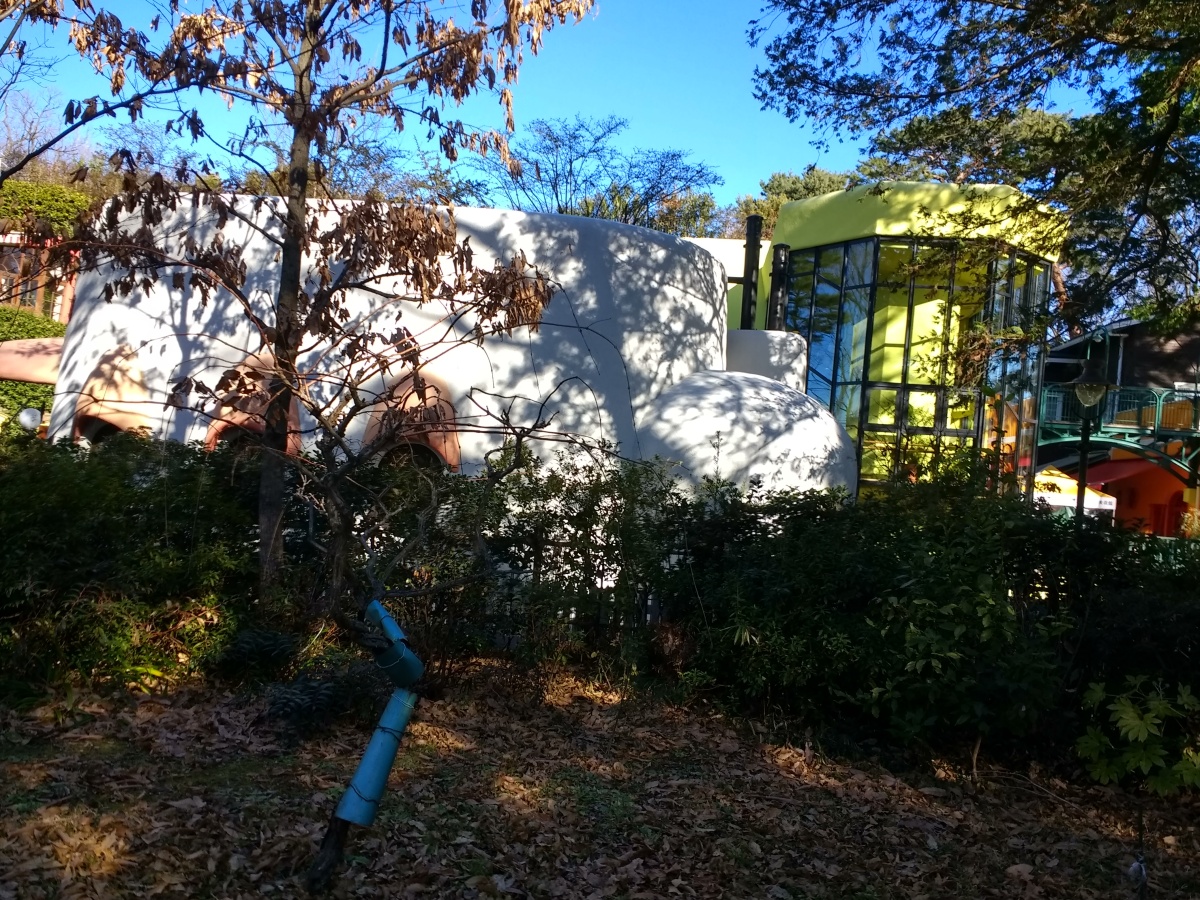 Today was a very exciting day!  We started off by visiting the famous Ghibli Museum, seen above, in Mitaka Forest.  Unfortunately, taking pictures inside the museum was prohibited, but we could take pictures of the outside.  The architecture and design of the whole place was very surreal.  The inside would bring the inner child of any Ghibli fan out.  There were corridors and secret stairwells that made you want to explore every nook and cranny of the building.  They were also showing Ghibli short films that you can only view at this museum.

After visiting the Ghibli Museum, we traveled to Tokyo Tower.  There, we entered one of the buildings nearby where we received a lecture about anime and its impact on Japanese pop culture.  The lecturer, Ryusuke Hikawa, is a graduate of the Tokyo Institute of Technology and an adjunct lecturer at the Meiji University Graduate School.  He is an anime critic and writer who served as the judge for many anime/media-related awards like the Mainichi Film Awards, Tokyo Anime Award Festival, and Japan Media Arts Festival.

His lecture covered what he considered the four turning points in anime: Space Battleship Yamato, Evangelion/Ghost in the Shell, Spirited Away, and Your Name.  He started by talking about the history of television in Japan, and its role of shaping the youth after World War II.  Up until the 1970s, most animation was targeted toward very young children with shows like Astro Boy.  Those raised on these cartoons were dubbed “TV Children” by the Japanese, as they were growing up in an age when TV was more readily available in the home.

These children would soon grow into teenagers, and the stories of the programming they watched grew with them.  This resulted in titles like Space Battleship Yamato, Gundam, Evangelion, and Ghost in the Shell.  Instead of being character-based stories, these series took on more serious tones, explored deeper and philosophical themes, and pretty much reflected the collective mindset of the generation of directors and sociopolitical and economical views the Japanese had of their country.

Hayao Miyazaki took the good points of both the early character-based series and the deeper themes of the following years of anime, and he created his own brand of anime storytelling.  Through Studio Ghibli, Miyazaki’s films carry an appeal for multiple generations.  His films appeal to the child in everyone, while the frequent female protagonists and themes of self discovery and philosophy appeal to the youth.  The maturation of the characters over the course of the film appeals to the older generation, as he communicates his own personal feelings as a grandparent through his film.

However, most of these series were all for a generation that grew up in the analog age.  It would be directors like Makoto Shinkai that shape the future of anime.  Makoto Shinkai, unlike his predecessors, developed his anime in the digital age, which blurred the line between professional and amateur animators.  Shinkai’s works like the recent smash hit Your Name (Kimi no Nawa), were all independently directed and produced by him and his small team veteran animators and writers.

After the lecture, we headed to Kyoto via the Shinkansen.  We were lucky enough to be booked on the Nozomi, the fastest and most expensive of the Shinkansen lines.

We were even able to catch a view of Mount Fuji! 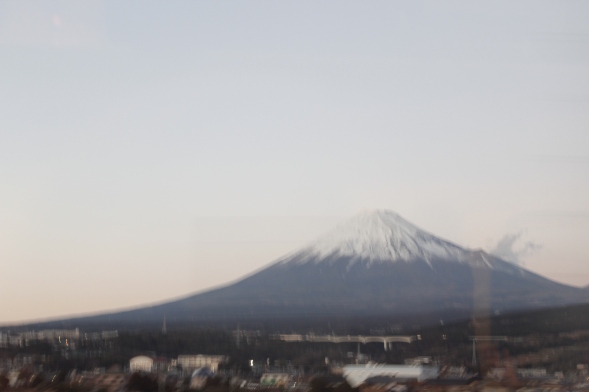 In Kyoto, some friends and I decided to go exploring the back streets and alleyways during our free time.  We found a Book-Off where I scored some sweet kuji prizes! 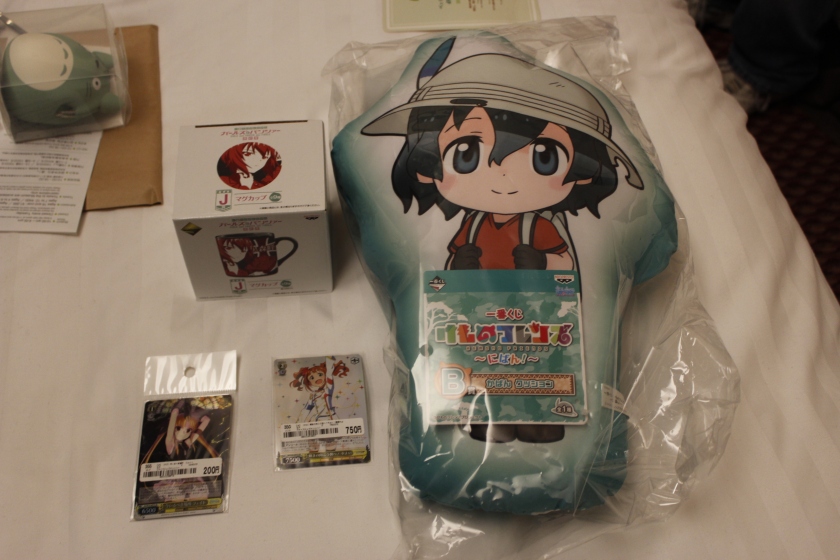 Now I’m back here at the Kyoto Hearton Hotel.  Tomorrow, we’ll be visiting the Fushimi Inari Shrine, as well as the Kyoto Seika University, home of the Manga Masters Degree Program.