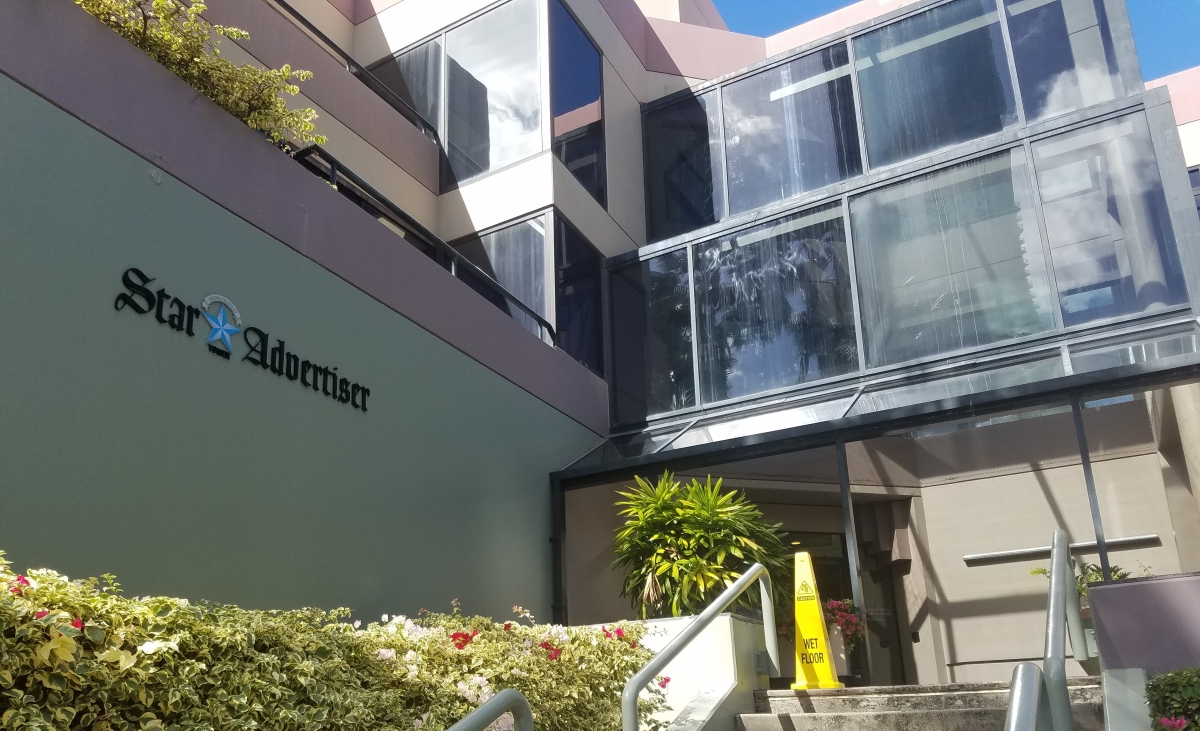 It’s been a whirlwind past few weeks here at Otaku Ohana Central, a time that’s left me little opportunity to sit down and gather my thoughts. But now that things are finally settling into a new normal routine for me — and after a lengthy-even-for-this-blog silence for me of several months — here’s what’s up. Call it a “State of the Otaku Ohana Address,” if you will.

As a lot of you who follow my social media accounts on Twitter, Instagram and Facebook  know by now, after 16-1/2 years, I’ve left the Honolulu Star-Advertiser to take on new challenges as a medical legal editor at the Honolulu Sports Medical Clinic.

It wasn’t a decision made lightly. I grew up reading “Kokua Line” with Harriet Gee, columns by Dave Donnelly and Ben Wood, and Corky Trinidad’s cartoons in the Star-Bulletin. I carted copies of the Advertiser with me to Punahou to do crossword puzzles, pick Pigskin Picks games with friends, and occasionally whack a friend with it. (Yes, I’ve been a word nerd pretty much all my life. Also, sorry, Arlen.)

So to get to work at the Star-Bulletin was … well, for lack of a better term, I was geeking out. I was hired as a copy editor, checking stories from the news, features and business departments for any grammar and content issues, writing headlines. Eventually, along with fellow copy editor/friend/tag-team partner in fandom Wilma Win (née Jandoc), we made our own names for ourselves in print, writing about anime and manga … and, well, the rest is history.

We did a lot for otaku journalism at the paper, from anime and manga reviews as part of a rotating stable of four columnists who wrote the “Drawn & Quartered” column in the Sunday Star-Bulletin features section; to “Cel Shaded,” perhaps the only weekly anime/manga column published in a major metropolitan daily newspaper, from 2005 to 2011; to this blog, established in 2009. Heck, I even wrote a book about manga that was published worldwide. None of that would have been possible without Wilma’s support over the years, and for that I’m eternally grateful.

But, well, times change. Newspapers don’t have quite the same cachet they used to, having largely been overtaken by TV and the Internet. And after two straight years of layoffs — the bulk of which cut the behind-the-scenes production and copy-editing departments to a bare minimum — I was faced with two options: Stay on, leave myself open to the distinct possibility of being downsized as well, and cut back coverage or even end this blog completely; or explore my options elsewhere. The opportunity presented itself, I chose the latter option, and, well, here we are today.

So what does this mean for Otaku Ohana? Better things, hopefully. There’s no question that those layoffs took their toll on the amount of time and energy Wilma and I had to devote to this blog. Now that my schedule is more flexible (and for now, less stressful), I hope to have more time to really dig into the fun stuff, possibly do more reviews, finally post all of those pictures and interviews over the years that I just haven’t had time to write up, and attend more events that I couldn’t due to my old work schedule. Visiting the Japanese Cultural Center of Hawaii’s New Year’s Ohana Festival, the Taku Taku Matsuri “Bringing Bun Bun Back” revival, AO Fest and the Hawaii Anime Awards, and NEET, for instance, are definite possibilities now! Along with all the usual Con-athon stops, of course.

As for Wilma? She’s still at the paper. But we promised we’d get together for lunch regularly. So she’ll still be a big part of Otaku Ohana going forward, if not in print, at least in terms of support and backstop edits of my posts.

But here’s the thing. For any of these changes to really matter, we really need to get more eyeballs on this blog. Much of this is my fault; I’ve left this blog to languish for far too long and probably ought to do more to promote it and generate more worthwhile content for it. I’m hoping that with more posts coming down the pipe, those of you still reading this blog will share it with a friend or two, and those friends will share it with their friends, and pretty soon we’ll go viral and have a kajillion subscribers like that famous YouTuber from Hilo. OK, fine, so that’s really pie-in-the-sky thinking. A few more views in the stat counter would be nice, though.

So yeah, 2018 will be the year we Make Otaku Ohana Great Again. Or as we like to call it around these parts, MOOGA. (I just like the way that sounds. Kinda primal and offbeat.) And for the next few months at least, our three-person team is looking forward to sharing a lot of interesting stuff with you.

… why yes, I did just write that we have a three-person team now. Stick around for our next post, and you’ll get to meet our very first Otaku Ohana intern.